Arthur Andersen Brand is Reborn Over a Decade After Enron Scandal

In 2002, tax auditing firm Arthur Andersen was found guilty of obstructing justice after it was discovered that it had shredded thousands of Enron-related documents. Despite the charges, the since-defunct brand has retained its reputation through the years—a surprising conclusion of a financial industry poll conducted by Prime Group for WTAS LLC, a San Francisco-based firm that is reviving the brand, Bloomberg Businessweek reports.
Time may heal all wounds, but it doesn’t restock the billions of dollars in bank accounts that shareholders lost in the wake of Enron’s shutdown and certainly doesn’t make life easier for the 85,000 employees of the company that lost their jobs. But WTAS, which bought the rights to the name so it could rebrand to Andersen Tax, looks to change that. (...)
Continue reading
Fonte: http://www.brandchannel.com/home/post/140902-Arthur-Andersen-Return.aspx
Postado por Mariza Freitas às 16:20 Nenhum comentário: 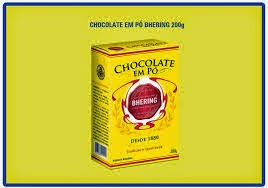